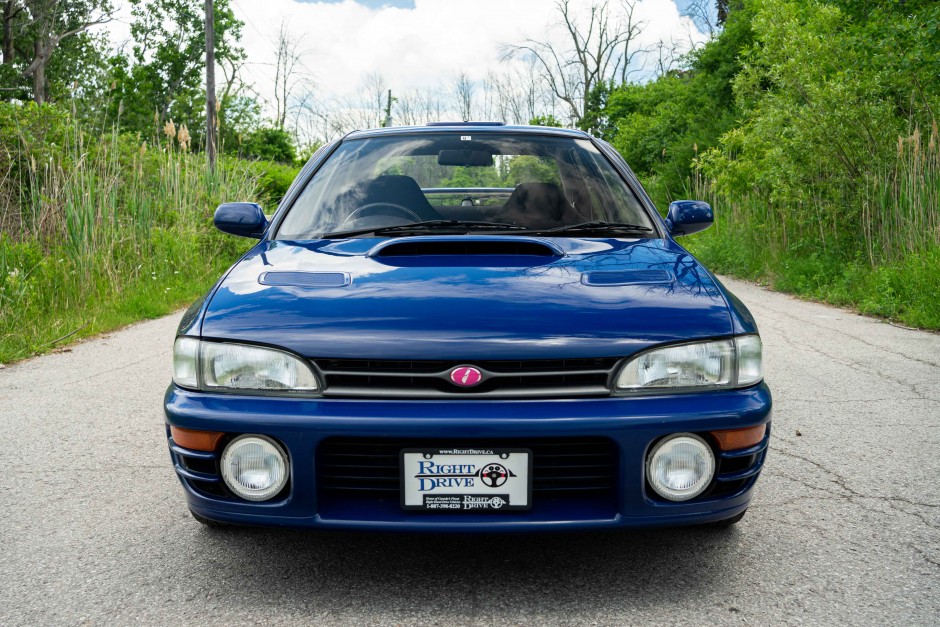 This is a V2 1995 WRX STI 555 edition imported direct from Japan with the help of RightDriveUSA. One owner previously, never modified, and only has 53,000km on the clock. It is one of about 700 or so made of the 555 editions which featured a roof scoop, water injection system, and a special paint color specific to the 555s (Rally Monte Carlo Blue 53C) . Only made in 1995, it was a commemoration to Subaru’s 1995 WRC championship win. Powered by the EJ20G, it made “270” hp and had a 5 speed manual, but did not come with DCCD, unlike the RA of the same year. This particular example features the rare OEM optioned Lamco gauge set, and even still has the factory radio installed. The paintwork is flawless, and there is not a spec of rust on the car, credit to the original owner for taking such good care of it.