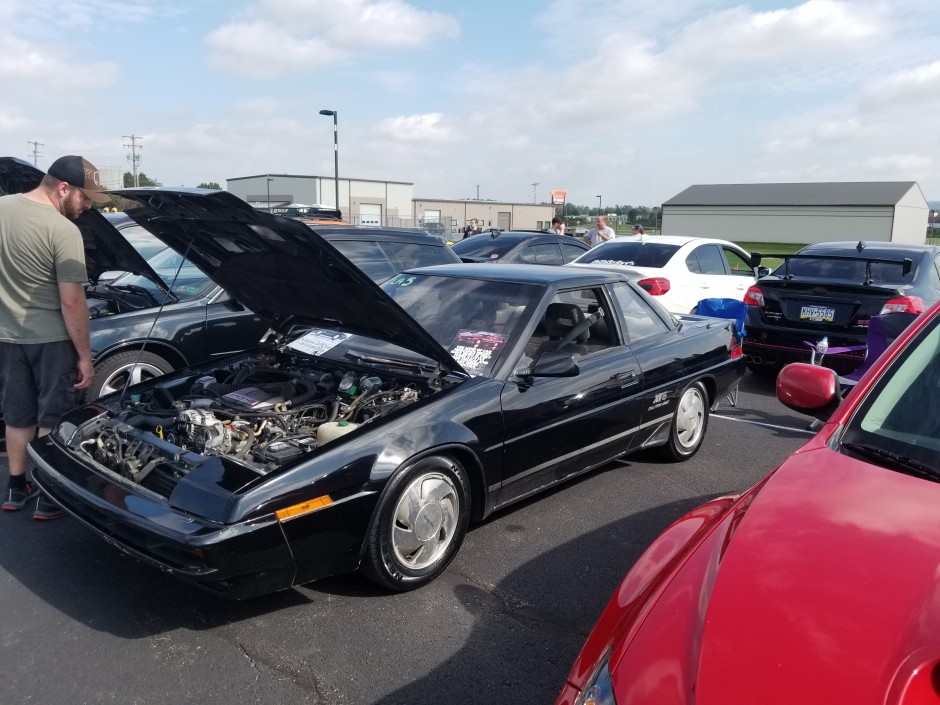 The XT series was Subaru's entry into the Sport Compact segment of the 1980's. This is a clean example of the first model year where the 6 cylinder engine was available. Notably this was the first six cylinder engine produced by Subaru. Other firsts and unique elements include the Cybrid electrical power steering, the 0.29 coefficient of drag and the aircraft inspired elements, Some of those elements are the flush door handles, the control pods on both sides of the steering wheel, and instrument panel that tilts with the steering wheel to remain in an ideal viewing position doe and driver.
Few examples of this car remain. This one in particular was rescued by the parts manager at a Subaru dealership in Oregon. He replaced many components with new old stock that he found at dealerships around the country. I had the car shipped here to the Northeast where even fewer remain. The only modification from stock was to replace the original air suspension with coil overs. I have since acquired the components to return even that to original and will be doing so in the near future.